John Graff of The Watcher is inspired by John List

Netflix’s “The Watcher” tells the bizarre story of the Brannock family who move into a sprawling mansion, only to discover that the house and its surrounding properties are teeming with chilling secrets. The show stars Bobby Cannavale as the father, Dean; Naomi Watts as the mother, Nora; Isabel Gravitt as the daughter, Ellie; and Luke David Blumm as son, Carter. Amid the constant break-ins and threatening messages in their mailbox, it’s not long before Dean and Nora begin to suspect everyone in town – including their neighbors Mitch (Richard Kind) and Mo (Margo Martindale) and their real estate agent Karen Calhoun (Jennifer Coolidge) – to be in a massive plot to drive them out of town.

At the heart of the show is a lingering sense of anticipation that seeps into the bigger storyline regarding The Watcher’s mysterious letters and the show’s subplots. As Dean tries to find the source behind the burglaries and inexplicable attacks on his family’s home, he learns that a former resident of the house, John Graff, may be playing a bigger role in his family’s current predicament. than he initially thought.

In the same way that the show is loosely based on the true story of the Broaddus family, Graff’s character and the circumstances surrounding his family’s death are strikingly similar to those of real-life murderer John List, who killed his entire family. then disappeared for almost 20 years.

Who was John Graff?

In “The Watcher” episode three, “Götterdämmerung”, Dean is confronted by a man in his home who identifies himself as John (Joe Mantello), a building inspector who reportedly stopped by to assess ongoing renovations to the house. . During a disturbing conversation in the family kitchen, John brings up Dean’s 16-year-old daughter, Ellie (Isabel Gravitt), and her secret relationship with 19-year-old security contractor Dakota (Henry Hunter Hall). After mentioning that his own daughter was sexually active at a young age, John tells Dean, “We fixed it, but it was traumatic for the whole family.” When Dean asks him to elaborate, John vaguely adds, “Suffice it to say, she never wore another low-cut shirt again.”

Perplexed, Dean continues to search for clues about the author behind the Watcher letters. Later in the episode, he meets the private investigator, Theodora Birch (Noma Dumezweni), whom he hired to find out more about the house and its former inhabitants. Although the information is confidential, Schuyler tells Dean that she discovered some interesting information about a former resident of the house. “The father, John Graff, was as normal a guy as they come. He loved two things: his family and his church,” Schuyler says.

“There was no trace of him after that. He just disappeared.”

She adds that Graff was an army veteran who became an accountant and went to a Lutheran church every Sunday. After working late one night, John was mugged on his way home, so – with financial help from his mother – he decided to buy a house in the suburbs for himself and his family, which included his son Dale ( Aidan Pierce Brennan), an athlete and straight student; his 17-year-old “boy-crazy” daughter, Pat (Samantha Blaire Cutler); his alcohol-dependent wife, Helen; and his mother.

Shortly after the move, John was fired from his job. Rather than breaking the bad news to his family, he pretended to go to work every day and began stealing money from his mother’s accounts to keep them afloat. On Halloween, he caught his daughter dancing with her teacher at a party and stormed off, telling her, “You dress like a whore.” Fueled by his anger and the humiliation he felt at not being able to provide for his family, John later decided – with encouragement from The Watcher – to kill his entire family and send them to a “better place”. .

In 1995, John called the principal of his children’s school and told them that the family was going out of town for a few months to visit a relative who had been sick. Then he cut his face out of every family photo so people couldn’t identify him after the crime. Calmly, John carried out the plan, shooting his wife in the living room and killing his mother in the exact same way upstairs. When Pat came home from school, he cornered her in the bathroom and shot her too.

“Then he goes downstairs and makes himself a sandwich,” Schuyler said. “And then he heads to his son’s basketball game.” At the end of the match, John took Dale home and shot him as soon as they were inside. After his entire family was dead, John turned on all the lights and played Richard Wagner’s “Götterdämmerung” (“Twilight of the Gods”) over the house intercom to make it seem like people were at home before fleeing. .

Two weeks pass before Jasper (Terry Kinney) checks in and finds the whole family lying face to face in a circle on the floor, their bodies nearly mummified “like they’ve been drained”. “On the basement floor were empty milk jugs. They had been filled with blood now they were empty,” Schuyler told Dean, implying that John emptied the bodies after they died and drank the blood.

Three days after the first murders, police also discovered Pat’s Halloween party teacher dead in his car with a gunshot wound to the head, the bullets different from those found at the scene of the Graff family murder. . “There was no trace of him after that. He just disappeared,” Schuyler says before Dean realizes that John was the same man making a sandwich in his kitchen. 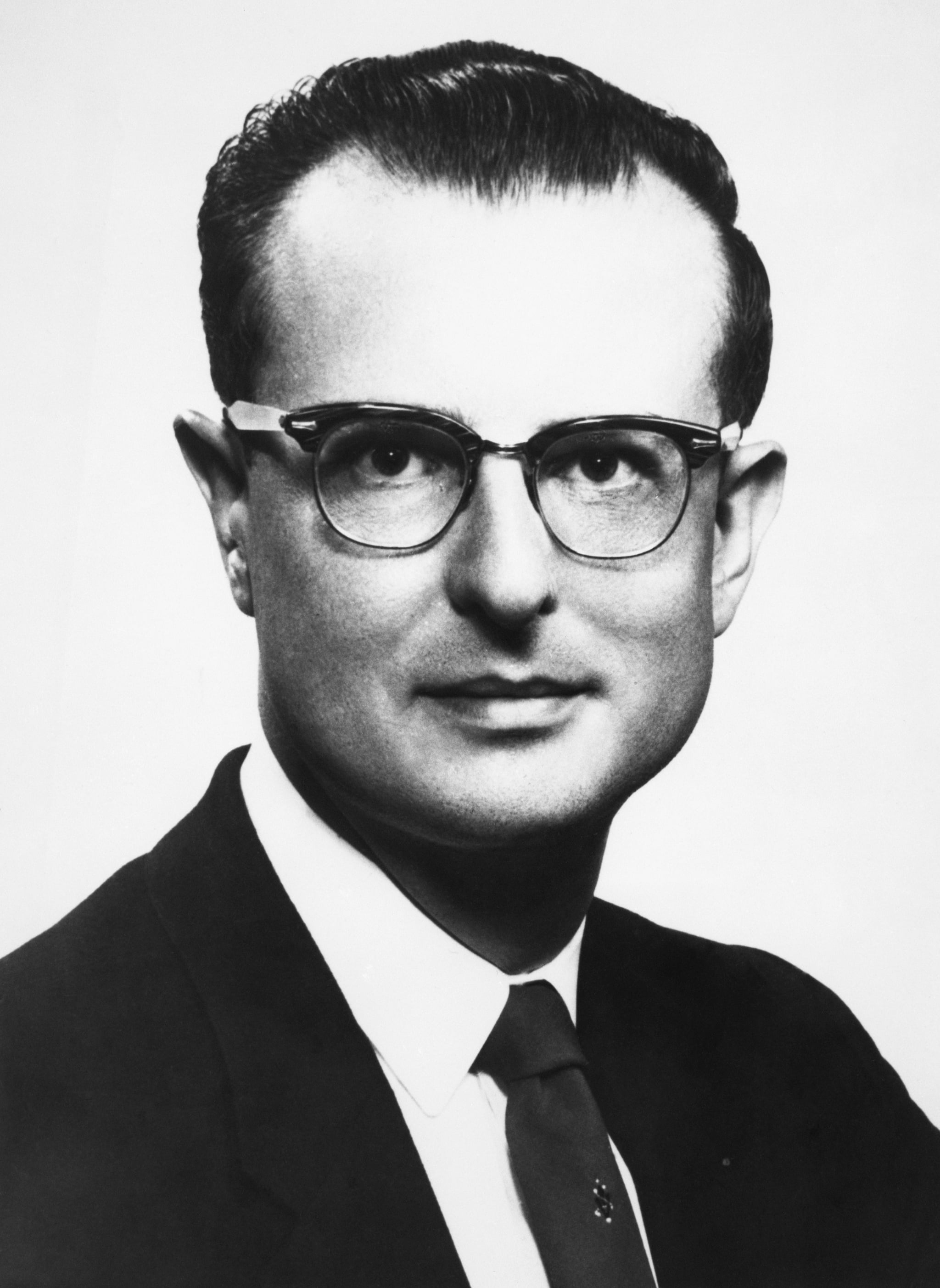 John Emil List was a devout Lutheran and Sunday school teacher. Fresh out of high school in 1943, he enlisted in the US Army and served as a lab technician during World War II. After being released in 1946, he earned a bachelor’s degree in business administration and a master’s degree in accounting. In 1951 he married Helen Morris Taylor, and the couple later had three children, according to 1991’s “Righteous Carnage: The List Murders”. vice president and controller at a bank in Jersey City, NJ. There he moved his wife, children and mother to a 19-bedroom Victorian mansion known as the Breeze Knoll at 431 Hillside Avenue in Westfield, where violent crime would be rare.

The List family’s bodies were not found until nearly a month later, on December 7.

On November 9, 1971, List killed his family using a Steyr 1912 9mm semi-automatic handgun and his father’s Colt .22 revolver. While the children were at school, List shot his wife Helen, 46, in the back of the head before shooting his mother Alma, 84, above the left eye. When his 16-year-old daughter Patricia and 13-year-old son Frederick came home from school, List shot them in the back of the neck. Afterwards, List had lunch and went to the bank to close his and his mother’s accounts. Then he went to Westfield High School to watch his eldest son, 15-year-old John Frederick, play in a football game. After the match, List took John Frederick home and shot him several times as the teenager tried to defend himself.

List placed the bodies of his wife and children on sleeping bags in the ballroom and left his mother’s body in her attic apartment. Like John Graff in “The Watcher,” he then cleaned up the crime scene, removed his photos from the family photos, turned on the radio, left the lights on, and disappeared. Once he left, List continued to send notes to the children’s schools, claiming they were out of town to visit a sick relative.

Unlike Graff, List left a five-page letter for his pastor confessing to the murders, stating that he killed his family to save their souls, according to The New York Times. The List family bodies were not found until nearly a month later, on December 7, 1971, when the light bulbs began to burn out from constant use and neighbors called the police, who are entered through an unlocked window near the basement and discovered the bodies, per Tru TV.

According to House-Crazy records, Breeze Knoll burned down in August 1972, nine months after the murders, and a new house was built on the property in 1974.

Although List’s letter to his pastor served as a full confession, the killer managed to evade police for nearly 18 years, during which time he remarried as Robert Peter “Bob” Clark and was offered as a suspect in the DB Cooper case.

In May 1989, “America’s Most Wanted” aired a special about the List murders. Two weeks later, on June 1, 1989, List was arrested after a Denver neighbor recognized him from the show and called the police. After months of trial, List confessed his true identity on February 16, 1990. During the trial, List, like Graff, admitted that he had been fired from his job in 1971 and pretended to go to work every days to avoid saying it. his family the truth. According to Go Leader records, he also stole money from his mother’s accounts to pay the mortgage, but claimed he reached his threshold when the family’s financial problems and drug addiction his wife’s alcohol had become too much to handle.

On April 12, 1990, List was convicted of five counts of first-degree murder and received the maximum sentence at the time of five consecutive life sentences, according to the LA Times.

According to The New York Times, on March 21, 2008, List died of pneumonia at age 82 while imprisoned at St. Francis Medical Center in Trenton, NJ.